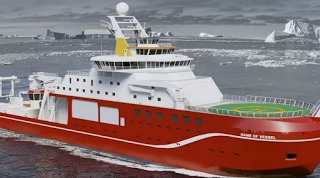 Bad things can happen when you ask the internet a question. On the scale of just how bad, Boaty McBoatface skews funny rather than embarrassing or offensive. It has not gone well for other organizations, brands or celebrities who have tried to engage the public online.

Heisman Trophy winning quarterback Jameis Winston from Florida State University (FSU) was dealing with allegations of sexual assault and an arrest for shoplifting crab legs from a local grocery store. The FSU Athletic Department decided to have their QB take questions from fans using #AskJameis. It veered into NC-17 territory quickly and at one point, more than 1,500 tweets per minute were streaming across Twitter with questions like this:

These aren’t isolated cases. Shell had a campaign called “Let’s Go” about the future of energy production. Greenpeace, among others grabbed the “Let’s Go” tag and ran with it.

There’s the NYPD Twitter campaign to share pictures with NYPD officers under #myNYPD and here’s what they got:

McDonald’s used #McDStories to encourage engagement. Guess how that went?

I could go on. This will undoubtedly happen again because communicators and marketers often fail to learn the lessons of the past. You don’t have to take my word for it, a simple Google search can take you down the rabbit hole of failed internet campaigns. If you do that though, here’s a little advice.