The sex scandals that have befallen nearly a hundred high-profile men in late 2017 provided those of us in the crisis business with a graduate-level class in apologies. Nearly all of them were bad. Mostly because it felt that men were more sorry they got caught than for their off-the-charts inappropriate behavior.

Most PR professionals will write an apology for their company or client at some point. People mess up. When done well, apologies can limit lost business, shore up a battered reputation and begin the very human process of forgiveness. Done poorly, apologies can do more harm, lead people to question your motives and further damage to your reputation. 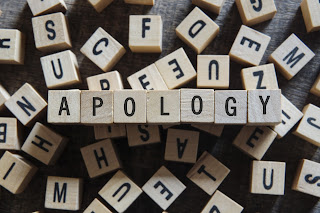 When writing an apology, keep three things in mind:
Apologies are about the victim, not you
Movie mogul Harvey Weinstein, accused of behavior ranging from boorish to criminal issued a rambling non-apology that mentioned 60s and 70s culture, Jay-Z lyrics, his Bar Mitzvah, the NRA, and his mom. Weinstein even included the words “apologize” and “remorseful” in his note and said he “appreciates” his behavior has caused a lot of pain.
It is difficult to believe that Weinstein “so respects all women” when he apparently spent more time in a bath robe than Hugh Hefner and remained silent on the exact behavior for which he is remorseful.
Keep it short
The longer the apology the less likely people are actually sorry. The comic Louis C.K. confirmed accusations from many women that he exposed himself to them in his 496-word statement. The words, “I’m sorry” were not included.
Be sincere
The least sincere of all the apologies came from actor Kevin Spacey. A fellow actor, Anthony Rapp accused Spacey of making sexual advances toward him when Rapp was 14. Spacey claims that he can’t remember the encounter, that if it happened he was drunk, and that he has respect and admiration for Anthony Rapp as an actor.
Oh, Spacey also says he’s gay, which seemed to be added to distract the world from the allegation of attempted sexual assault of a minor.
Apologies aren’t easy. Even the best rarely fixes the harm caused and clearly the trauma remains for the victims of these men.
In the old days, a celebrity got in trouble and an apology was the price of admission back into polite society. Zsa Zsa slaps a cop or Tracy Morgan gets pulled over for DUI…you can fix that with “I’m sorry.”
My sense is people in polite society think an apology is inadequate penance for a predator. What are your thoughts?
Bill Salvin