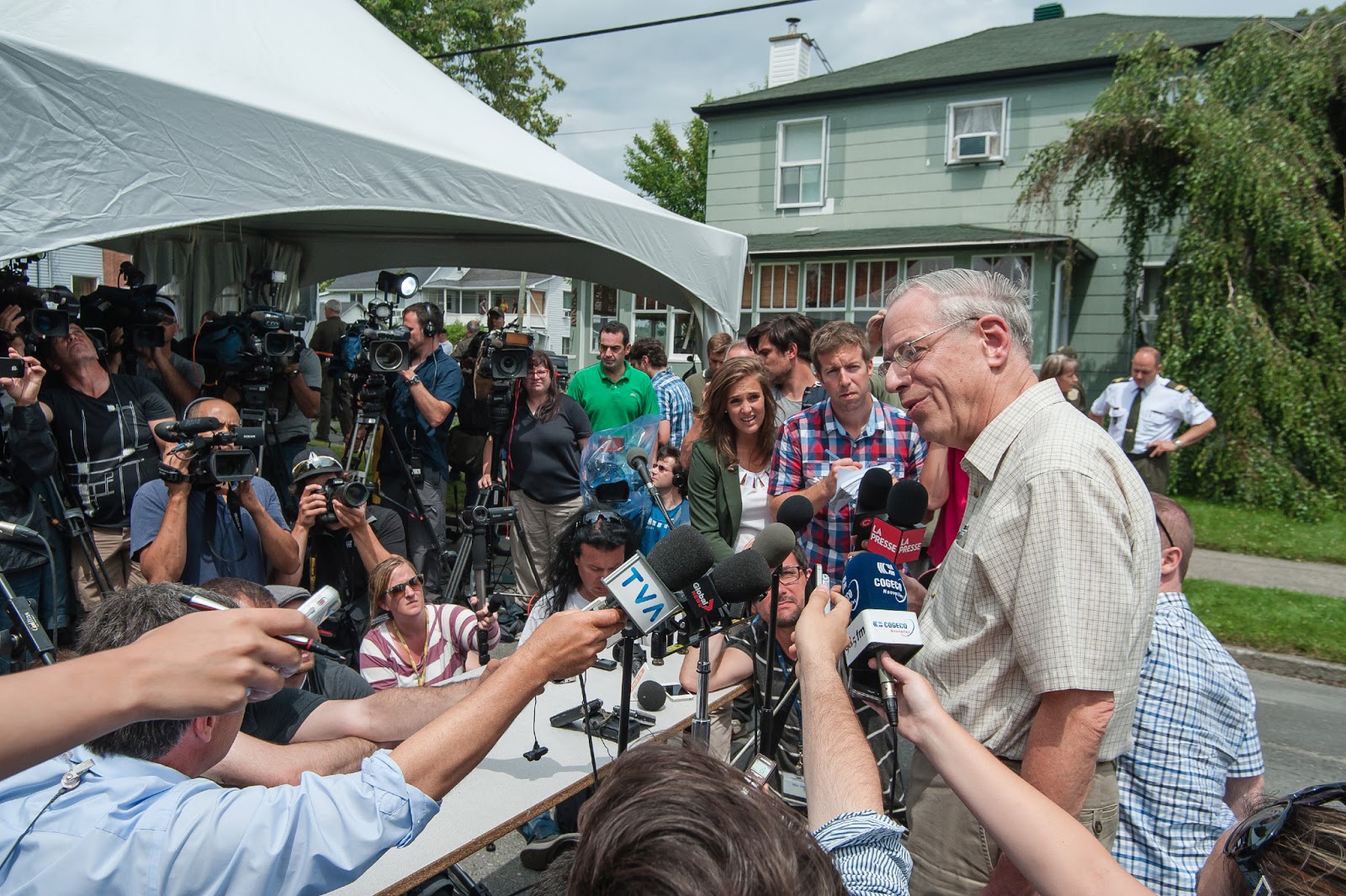 There’s been plenty of news coming out of a small town in Quebec after a train carrying nearly 80 tank cars full of crude oil derailed and immolated much of the town. Authorities believe 50 people died in the derailment, explosion and ensuing fires. As of this writing, only 38 bodies have been recovered and authorities fear some of those still missing may have been vaporized.The railroad, Montreal Maine & Atlantic, is owned by a Chicago-based holding company called Rail World. The chairman of the company is veteran railroad man Ed Burkhardt. PR experts and regular folks have been severely critical of Burkhardt’s decision to stay in Chicago for the first four days of the disaster. His first visit to Lac-Megantic on day five went poorly.

The videos of Burkhardt’s press conference and interactions with media are full of examples of what not to do. If you want to get a tactical view of some of the basics, you can see this very rudimentary article about the “9 Lessons Learned.” Nothing is inherently wrong with the article except it doesn’t diagnose the fundamental problem that led to the mistakes. If you have a disease, you want the doctor to treat the disease, not the nine symptoms it causes.

The fundamental problem with Burkhardt’s communications is he is not focused on the audience. He’s focused on himself. Here are some of the key quotes:

“I can imagine myself being in that kind of situation and I also would
be grieving and I’d be very unhappy. I’d be very mad about the whole
thing so I certainly understand the need to vent. But there comes a point
where it’s totally unproductive.” Rail World, Inc. Chairman Ed Burkhardt, CNN, July 13, 2013

Unproductive for whom? In this case, clearly Burkhardt means unproductive for him. Except the audience felt his presence would be very productive so that they could channel their anger to the person they felt responsible for the accident. My sense is that Burkhardt scheduled 10 minutes for people to vent and wanted to move on. Except in a crisis, the audience decides when it’s time to move on.

“I felt that my, that I was better trying to deal with insurance companies, contractors and the press from my office in Chicago rather than trying to do all of that on a cell phone in Megantic” Rail World, Inc. Chairman Ed Burkhardt, Edmonton Journal, July 10, 2013

It was more convenient for Burkhardt to work in his office than on the street in Lac-Megantic. Understandable, but irrelevant. The audience’s town was on fire. At one point more than three dozen people were missing. The audience doesn’t care how inconvenient it is for you to work on a cell phone, they want the head guy on the ground so he can move heaven and earth to help them in their time of need. Burkhardt spent four days sleeping in his own bed, when most of the residents of the town were out of their homes. 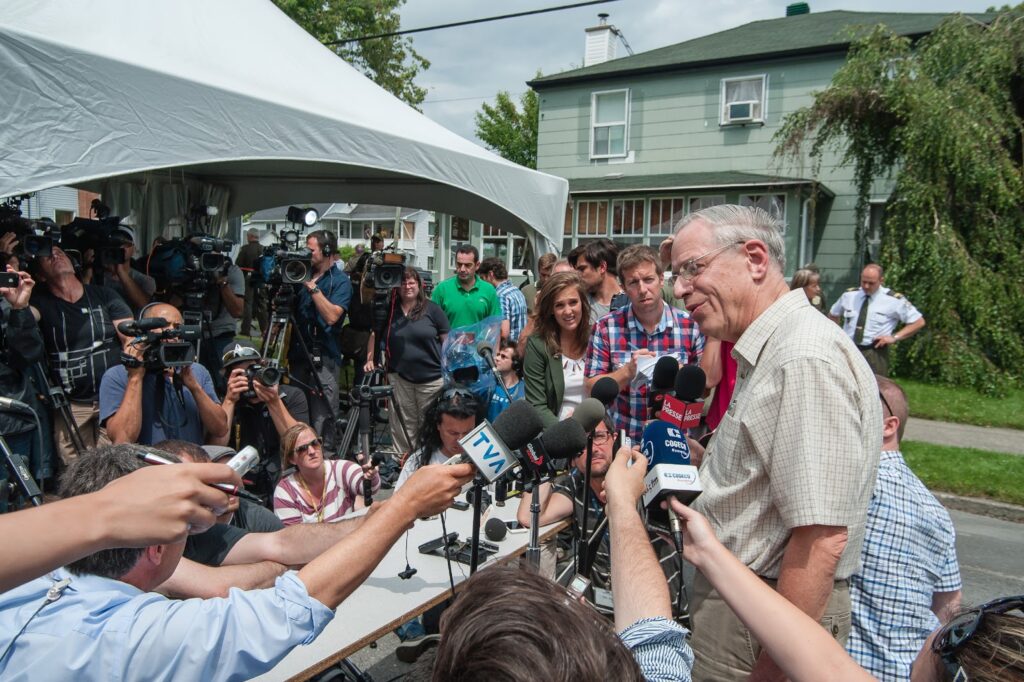 The sad part is, Burkhardt said some very powerful things.

“This is awful. It’s absolutely awful and very
emotional to me when there are deaths and people out of their homes.” Rail World, Inc. Chairman Ed Burkhardt, CBC News, July 10, 2013

Unfortunately, by the time he said them, no one was listening.