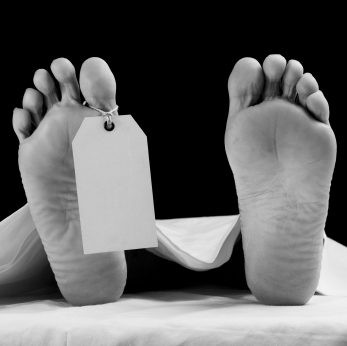 Nothing in the discipline of crisis communications is more important or more difficult than communicating to the public that people have died. This is also the place where I’ve seen many organizations freeze as the gravity of the situation weighs down the company. It’s critical to get this right and there are two basic principles that you can apply if this sad duty falls on your shoulders.

Don’t delay a formal announcement
The news that a fatality has occurred should come from the company as soon as you know someone has lost their life. The only detail you need to release at this moment is the fact that an employee (or a contractor) has died. This is not the time to release names, details of the accident or any other specific information that can come later.

You need to make this acknowledgement because it changes the nature of the story. For example, if you have a large plant that has an explosion, it will make news. Explosions are newsworthy as reporters love fire. But an explosion that kills someone is a completely different story with a vastly different impact on people. Given that all journalism is about how events impact people, you can see how a fatality changes the story.

If the job of the communications team is to help key stakeholders and the news media understand the context of an adverse event, this is the most vital piece of context to communicate. It is also an unfortunate reality that social media will be swirling with news of a fatality before you issue your announcement. If you delay, people will assume you’re hiding something. The fact that social media or first responders may have communicated news of the death or posted photos does not release you from the obligation to make the announcement, too.

Don’t ignore the obvious
Is a medical examiner’s or coroner’s vehicle at your facility? If so, the media doesn’t need to have you tell them someone’s dead. Those trucks don’t just drive around hoping to come across a corpse. If the coroner is there, someone’s dead. Not confirming the obvious makes you look incompetent.

I’ve seen crisis plans that require that a doctor declare death before an announcement can be made. In some US states, death isn’t “official” until the coroner or M.E. declares it so. I’ve also seen companies treat this as some form of technicality so that they can delay communicating for as long as possible. I’m not sure why, maybe they’re waiting for them to be “not just merely dead, but really most sincerely dead” before issuing the release. In these cases, time is not your ally.

One more thing that’s important for communicators to keep in mind when a tragedy strikes. In a lot of cases, the leadership of the facility has a personal relationship with the deceased. They’re friends, they may play on the softball team together. Maybe they went to school together. If that’s the case, then your leadership may be in shock and unable to rationally or quickly make the right call. Talk through this with your management ahead of time. Have clear protocols. Understand that people will be hurting. Get as much room to do what you need to do independent of approvals and stick to your plan.

The goal of this post isn’t to rush you into communicating. It’s to prevent you or someone on your team from making an awful day worse.